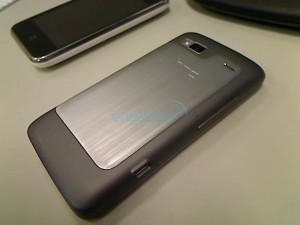 EVO 4G Android 2.2 OS Officially Rolling Out In Over The Air Update

The Original Verizon Droid Smartphone Getting Android 2.2 Over The Air Update This Week, Missing Features.

This is the week that the original Droid will be getting the Android 2.2 update, but it looks like that update won’t be bringing two of the most oft-requested features: tethering and a mobile hotspot. Why’s that? While tethering seems to be simply due to a lack of an app that “isn’t part of this update,” the mobile hotspot issue is a bit more curious — Verizon spokesperson Brenda Raney says that the Droid “doesn’t have [the] hardware to support a mobile hotspot.” No further explanation than that, but we have a sneaking suspicion that Motorola and Verizon aren’t passing over the feature because of a lack of hardware, but because of too much hardware — namely, the Droid 2 and Droid X.

Android 2.2 Rumored To Be Slowly Getting Pushed In Over The Air Updates